The reason why I joined Einst4ine as an early-stage researcher

The reason why I joined Einst4ine as an early-stage researcher

To address this, I must first introduce myself. My name is Syed Ali Hassan, and I have over 4 years of experience working as a software engineer in the computer vision domain, focusing on Augmented Reality (AR), Virtual Reality (VR), Mixed Reality, and Deep Learning. I began my career in Pakistan, where I received my bachelor’s degree in software engineering from Mohammad Ali Jinnah University Karachi. During my bachelor’s studies, I completed several internships related to web design and development, and I began freelancing to gain hands-on experience. After finishing my final year project on a virtual reality game, I worked as an AR applications developer for Intellexal Solutions Private Limited, as a software developer in Karachi, Pakistan. During my two years at Intellexal Solutions Private Limited, I worked on various AR-based mobile applications. My interest in innovation is the reason behind joining einst4ine as an early-stage researcher. In this post I will discuss my career goals and the several reasons of joining einst4ine with the description of my master’s thesis-based robotics project.

I won a fully-funded scholarship in wens lab south Korea which is situated in Kumoh National Institute of Technology South Korea so I moved to Korea to complete master’s of research. During my master’s degree tenure, I developed several solutions and published several research papers related to deep learning in computer vision domain and I also developed robotics and deep learning-based projects and managed to publish the research paper; that robotics project is the main reason behind why I joined einst4ine, because that project introduced me to robotics and helped me to understand robotics with Ai. After completing my master’s degree, I worked for a year in a software development company in South Korea. Then I was chosen for a Marie Curie-based robotics project with einst4ine, funded by the European Commission. Because I had previously worked with robots, I was able to quit my Korean employment and relocate to Italy to begin my PhD in the Sant’Anna school of advanced studies bio robotics lab, where I am working on a Marie Curie-based project managed by einst4ine. Einst4ine has diverse staff from several nations, which is beneficial when we need different perspectives from professionals in various fields. During my PhD I have an opportunity to publish my work on top ranked journals and also, I will be able to nominate myself for several big awards. 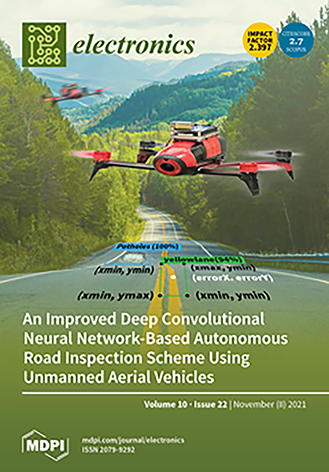 Figure 1: Paper selected as a cover in MDPI electronics journal

Figure 2: Architecture of the proposed system [1]

To conclude, I personally believe that working with innovative technologies is really important as technology is changing rapidly and we must learn new things in order to stay updated. Early adoption in robotics domain will be beneficial for my career to develop a collaborative robot in future. Einst4ine has a diversified environment, with numerous experienced researchers from several countries collaborating to deliver information from various sectors and an environment conducive to achievement.

I’m SYED ALI HASSAN. I have completed my graduation in Software engineering from Mohammad Ali Jinnah University-Pakistan and completed post-graduation in I.T Convergence Engineering from Kumoh National Institute Of Technology – South Korea. I have been awarded Fully funded Professor Scholarship in wens lab South Korea. I have work experience as a software engineer for more than 4 years. I have Developed Several games and AR/VR/MR based mobile applications. I won a fully-funded Marie curie scholarship funded by European commission under the organization named as einst4ine. I am working with 15 Early-stage researchers from different countries my host institute Sant’Anna Pisa Bio-Robotics lab. My responsibility is to develop robotics-based solution using collaborative robots. Below is a link of my portfolio.