Augmented Reality: The digital face of the future cities

In 2007, when only a few had a smartphone in their hand, humanity stored a hundred times more information than twenty years before [1]. More impressive is that 90 percent of that data was generated in the two previous years [2]. The pace is only accelerating. By 2025 the figure is expected to reach 463 billion or GB generated every day! [3]. This avalanche of data comes from the digitalization of our societies. We started by making our phones smarter, now we are making cities smarter.

A smart city is a technologically modern urban area. It uses a large number of sensors to collect information about buildings, assets, citizens, and devices. In return, this data is used to manage resources and services more efficiently. The concept couples with the so-called Internet of Things (IoT). The same concept but applied to a smaller scale, typically to an electronic device or a group of them. With the progressive diffusion and capillarity of connectivity, the distinction between the two might fade, leaving space for a unique network of connected assets. 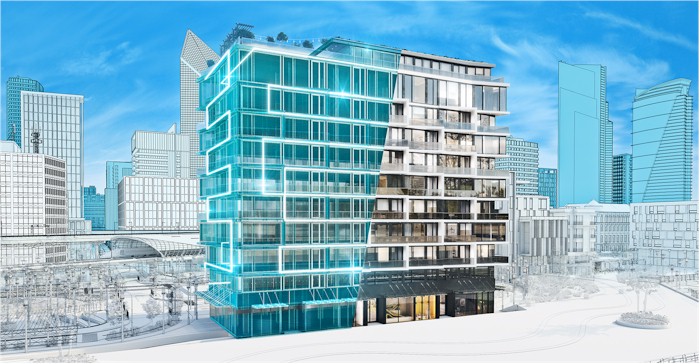 Digital models of buildings are generated during the design face. If after construction are connected in real-time with the real building they become ‘digital twins’. Source: Autodesk.

The tendency of coupling digital data with real entities is already present in specific sectors. Modern buildings are digitally built using accurate 3D models before the first brick gets leaned down. The same happens with complex industrial machinery like jet engines. Digital copies of patients are being studied for healthcare applications. These ‘digital twins’ are created to collect and store data: health changes of patients, performance statistics of an engine, and energy consumption of a building. The objective is always the same: to enhance knowledge, optimize resources, and prevent failures.

Some examples of connected assets aimed to make cities smarter can already be seen around. Navigation systems already suggest the shortest route given the status of traffic. The combination of this capability with autonomous driving and different ownership models (car sharing) seems a promising solution to traffic congestion. Barcelona, Manchester, Prague, and Melbourne are experimenting with connected bins to communicate how full they are and optimize trash collection. In the Netherlands, millions of smart meters have been installed to respond to surges or reductions in demand, increasing reliability and cutting costs. The states of New York and Norway are experimenting with intelligent public illumination that allows the lights to be adjusted based on real-time data.

However, smart city development is still an infant with different cities at different maturity. Digitization of cities is an impelling challenge given their importance for the future. According to the UN, by 2050 seven people out of ten will live in cities [4].

Connected bins and interactive meters are all examples of smart city application being tested around the globe. Source: Manchester Council, Times.

Facing this perspective of pervasive digitisation and massive urbanizaton, we need to re-imagine the way we interact with urban areas and information, to get the most out of these ‘data cities’.

For decades we relied only on screens and buttons. A first change happened with the graphical user interfaces (GUIs) and the commercialisation of the mouse in the 1970s. The advent of smartphones brought touchscreens that we can tap and swipe. Cutting edge technologies like computer vision for gesture recognition, ultrasounds for mid-air haptic and wearable sensors promise to make the touch unnecessary soon. While waiting for Elon Musk to directly connect our brain to computers, augmented reality (AR) is the step further to remove barriers between digital and physical worlds.

Augmented reality enhances the physical world by overlaying digital information in our field of vision. A recent study in the UK reports that only 11% of smartphone users are believed to have experienced AR [5]. This data is in contrast with the hundreds of millions of augmented pictures shared daily on social media [6] or the success of apps like Pokémon Go or Ikea Place (yes, they are all examples of AR). This unconsciousness highlights how AR is more diffused than we might think. Tim Cook, CEO of Apple compared the phenomena to the diffusion of apps. When the App Store went live in 2008 people were skeptical, saying: “mobile apps are not going to take off. And then, step by step, things start to move… and now you couldn’t imagine your life without apps. AR is like that. It will be that dramatic” [7]. 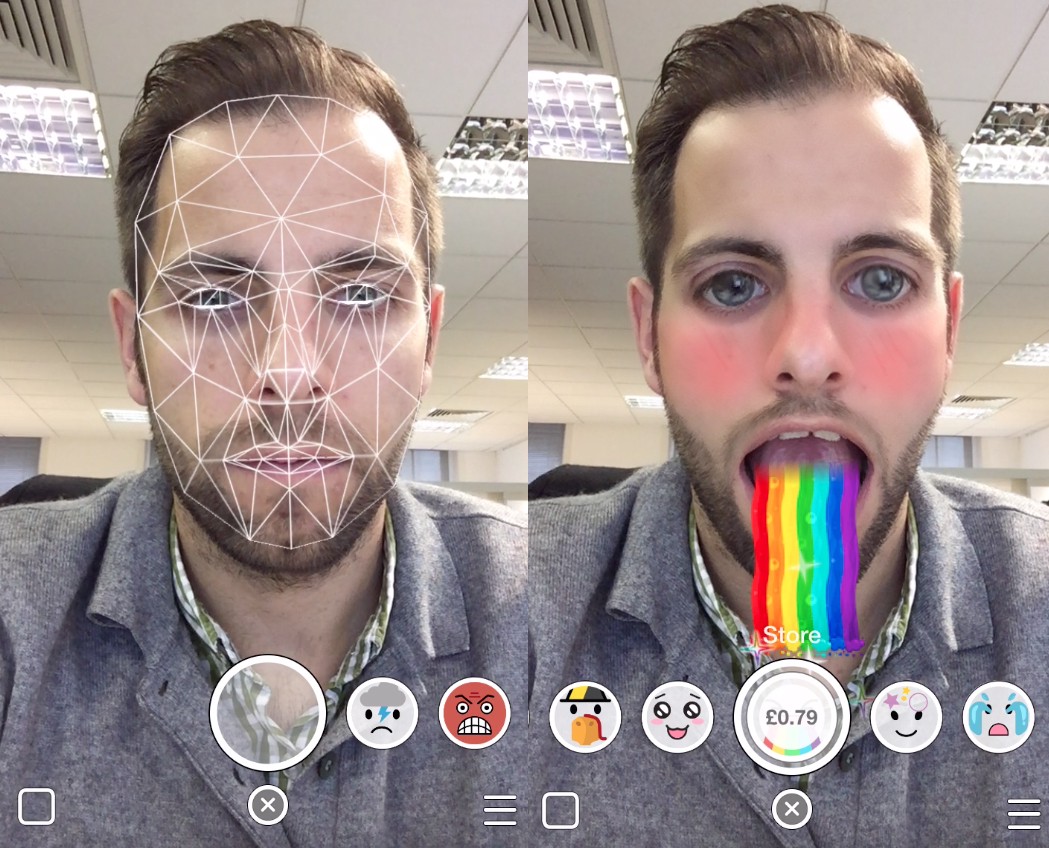 Face filters are a diffused AR application used by millions of people every day. Source: Snapchat.

Even if awareness is currently low, people will progressively expect to access additional layers of content on the surfaces around them [8]. This will change our relationship with the built environment. Every object and building will become a potential trigger for digital content, which will be proactively suggested to the users at the right moment.

On top of the brick-and-mortar cities, we walk every day, we’ll see pop-up advertisements from brands, emergency alerts from authorities, service communications from institutions, and entertainment content during events. It will also work the other way around as AR will give “a face” to the smart city. Citizens will be able to upload information, report problems, and communicate with institutions from wherever they are. All things we get already, but done through the ‘diffused app’ the smart city will be; in a more frictionless, flexible, and natural way. 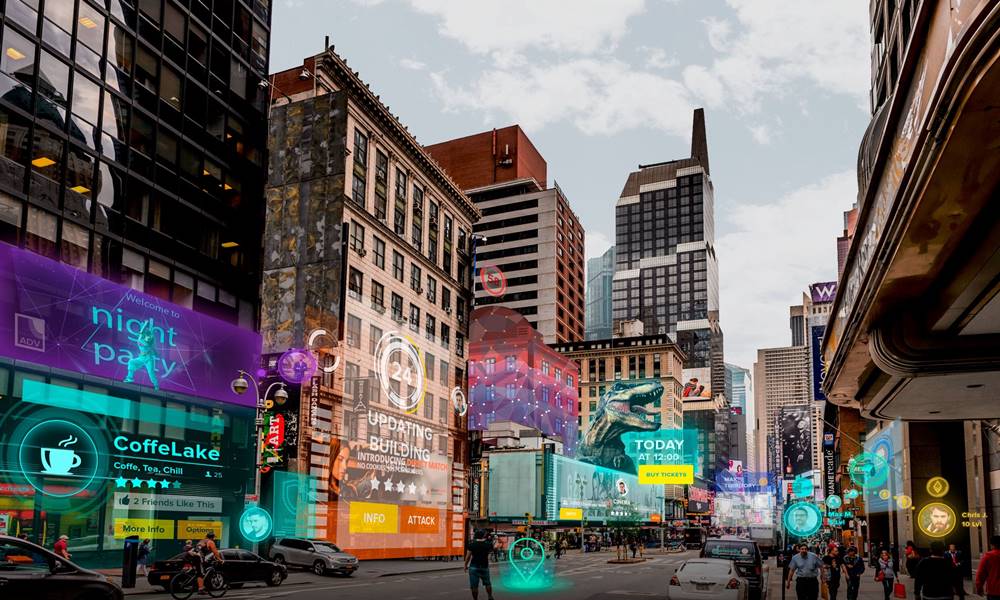 AR will unleash endless possibilities to add digital content in our daily experience. Consuming media on surfaces will become the norm as today is the use of a smartphone to access the internet. Source: Price Action Guide. 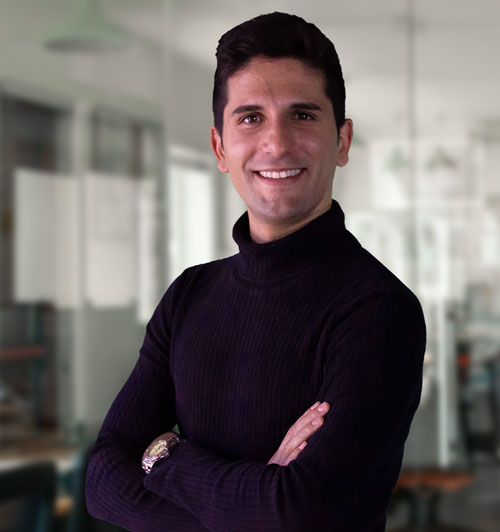